The Battle of Killiecrankie, the first Jacobite rising

The Battle of Killiecrankie story is about the first Jacobite rising of 1689, told through the eyes of two combatants. The commander at the first Jacobite rising for the William and Mary Scottish Government Army was General Hugh Mackay. Cameron of Lochiel, Chief of Clan Cameron tells the story from James VII’s Highland Clan army. Through the series it becomes very apparent that the two armies reflect the two societies and cultures that existed in Scotland in the 1680s. 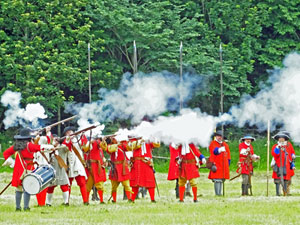 The Causes of the Jacobite Rebellion

Session 1 - Who was fighting who? What were they fighting about?

General Hugh McKay and Cameron of Lochiel describe the events that led up to William and Mary Scottish supporters grabbed control of Scotland and offering eh Scottish Crown to William and Mary. They had to do this through the Scottish Convention of Estates, because King James VII had dissolved the Scottish Parliament two years before, as he believed in the divine right of kings (God's mandate, his power to rule comes from God). His supporters were later to be called as Jacobites hesitated.

What is the meaning of Jacobite? The name is derived from Jacobus, the Latin version of James. Hence James VII's supporters were known as Jacobites, supporters of James.

We learn of the events that dictated the battle being fought here at Killiecrankie. We also learn how a Highlanders General Hugh McKay commanded a Lowland non Gaelic speaking army and how Viscount Dundee, how come a lowlander commanded the Highland Clan army. 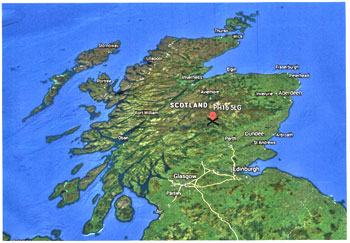 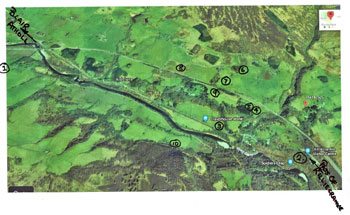 Session 2 - The race to the Castle of Blair. What both armies leave behind? Who would get there first? And the organisation of the Highland Clan army (James VIIs) Jacobite War Council. The issues confronting both commanders at the Pass of Killiecrankie. The first shot of the battle is fired in the Pass.

The first Jacobite rebellion is about the struggle of the two monarchs trying to gain control of Scotland. Circumstances resulted in the conflict being between Lowland Scots-English speaking culture who supported Protestant William and Mary. The Highlands Clan Gaelic speaking Culture supporting Catholic King James VII (II of England). The two cultures were not specifically out to fight each other, it is just that they chose to support different monarch's struggle to control Scotland. Unfortunately for the Highlanders and Gaelic culture they chose the Jacobite cause which would ultimately loose out in 1746. Being on the loosing side resulted in the destruction of their culture by measures imposed by the UK parliament in 1746, after the battle of Culloden.

The Jacobite Army chooses the battlefield

Session 3 - How Viscount Dundee chose the field of battle and maneuvered General Hugh McKay’s Scottish Government William and Mary army to a position it was trapped in. Leaving his opponent unable to attack, or retreat. The Highland Jacobite Clan army had all the choices of how to attack.

General Hugh McKay tells us his options were limited once he raced to take control of the higher ground above the river and his 1200 horse and mule baggage train. 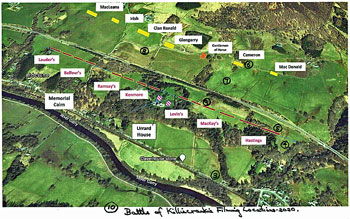 Session 4 - Before looking at the battle we need to understand 1680s warfare. How did conventional European armies fight? The soldiers, the weapons, the tactics. The Highland Clan Regiments fighting techniques, Clan structure and the Highland charge.

“The 60 years between 1688 and 1748 form the watershed in the history of the development of (European) warfare,” a quote from 'The Art of Warfare in the Age of Marlborough'. The Jacobite Wars exactly mirror this period of history, with the first Jacobite rebellion in the 1689 Battle of Killiecrankie. The last the 1745 which ended the Bonnie Prince Charlie giving up after the April 1746 battle of Culloden Moor, by Inverness. This has to be an opportunity for Scotland to tell the story of European warfare through the Jacobite Battles.

The Battle of Killiecrankie Battle lines

Session 5 - General Hugh McKay tells us how he organises his Scottish Government armyThe battle line. He was for ever hopeful that extra troops of horse, cavalry and dragoons would join him, he felt these would give him an advantage against the highlanders.

McKay was a highlander and knew how the Jacobite army fought, which he says many of his battalion commanders did not. He knew what was coming, what was his strategy to deal with this?

General Hugh McKay served in the Anglo-Scots Brigade, an infantry brigade in the Dutch army, comprising six infantry regiments, three recruited primarily from Scotland and three from England. The Dutch at this time are recognised asbeing the leading exponents in European warfare. McKay knew his fellow Gael and organised his army to counter their unconventional fighting techniques. This was to lead to a massive loss of life in the Highland clan regiments, with one in three dying on this battlefield. 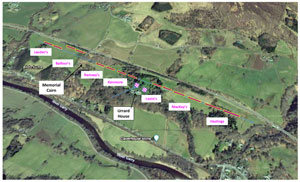 Session 6 - Cameron of Lochiel tells us how he helped Viscount Dundee organise The Highland Jacobite Clan Army battle line. How each of the Jacobite clan regiments were each assigneda specificScottish Government army regiments to attack.

Cameron of Lochiel describes the Highland armies shout and how this was a good omen for the coming battle. He also describes an an amusing incident when one the Clan Grant was his by a cannon ball from the Scottish Government William and Mary army. 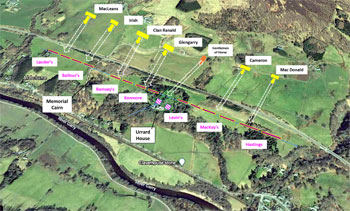 Session 7 - We find the location of the Jacobite snipers on the battlefield using the archaeology work from the 2003 Two Men in the Trench investigation carried out by Dr Tony Pollard and Neil Oliver.

General Hugh McKay’s tells us how these snipers were in advance of the Highland Army Battle line, using this forward position to fire on his army's battle line. McKay explains how he sent a Captain from his own regiment commanded by his brother to flushed out the Jacobite snipers out. He was desperate for the battle to commence and hoped this incident would provoke the Jacobite army to attack.

Session 8 - The Battle of Killiecrankie in detail - both combatants describe the battle and how it unfolded. In an era when everything was done on foot, it is not surprising that the two accounts vary slightly. The battle was the order to charge was given must have been over in a short time. The order was given 30 minutes before sunset by Viscount Dundee.

A vivid account of the highland charge and its destructive power is given. How Sir William Wallace's decision not to take the Jacobite cavalry in to battle behind their General led to the unltimate failure of the 1689 Jacobite revolution.

General HughMcKay describes how he saw his 3,500 strong army disappear in an instant. His options, as he gathered the last few remnants of his army to march off the battlefield. 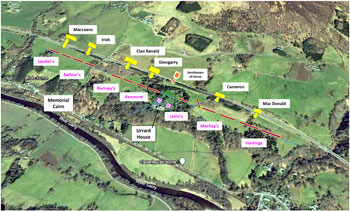 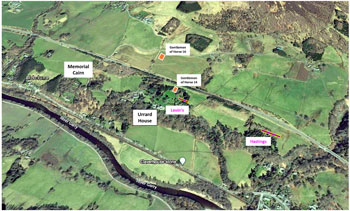 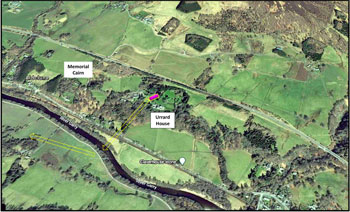 Session 9 - Cameron of Lochiel and General Hugh McKay’s assessment of the battle. Both narrators agree that this is the location of the fiercest fighting and heaviest loss of life on the battlefield. The inadequacies of the plug bayonet was exposed here, it led Hugh McKay to develop the modern bayonet.

Failure of the Scottish Battlefield Inventory to protect Killiecrankie Battlefield

The failure of the Scottish Battlefield Inventory to protect our battlefield and this important location from destruction.

Soldiers of Killiecrankie express our disappointment at the lost opportunity with the A9 improvement not to protect one of our Scottish Battlefields. The issues of the misinformation and one sided nature of the January 2020 Scottish Government Planner led Public Inquiry. 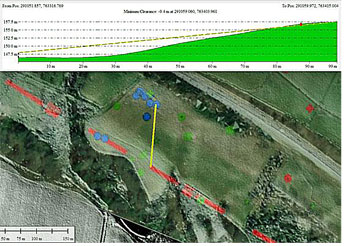 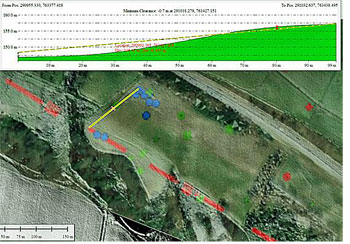 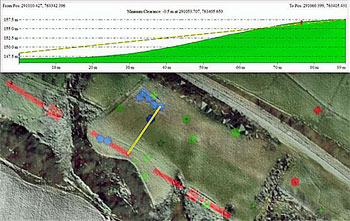 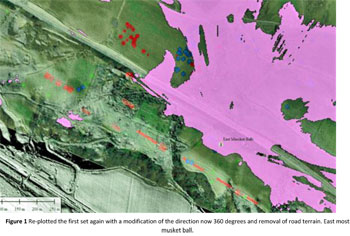 Implications of the Jacobite victory for Scotland

Session 10 - The burial of Viscount Dundee. Cameron of Lochiel and General Hugh McKay’s assess the implications of the Jacobite victory for Scotland. Three days after the battle a 5,000 strong Highland Clan army is assembled. How the victory was squandered, while McKay dashed back to Stirling, to return with new cavalry and troops. This concludes the story of the first Jacobite rising.

The Jacobite Wars - There is a great deal of misunderstanding concerning the Jacobite Wars. Over the centuries the Jacobite history has been hijacked and used to suit the objectives of the various narrators. Here James Rattray, the Chairmen of the Soldiers of Killiecrankie group, has tried to remain honest to the two accounts of the events leading up and after the battle. These accounts were written over 330 years ago in a form of English that is quite different to that spoken today. This series experienced some of the turmoil and anguish that Scotland went through at that time with the first Jacobite rebellion.